Statement to Our Community

In recognition of the tragic events that have unfolded across our nation in recent weeks and months, Inforum salutes the commitment and courage of peaceful protesters seeking meaningful change so that the lives of George Floyd, Breonna Taylor and the many other African American men and women taken by racism and police brutality will not have ended in vain.

It’s important as well to acknowledge that the COVID-19 pandemic has illuminated the deep inequities that affect women of color, at home and at work. More people of color have died from the virus, and women and people of color are disproportionately affected by the job losses and economic uncertainty is has wrought.

While the Inforum mission is centered on gender diversity, we uphold and promote the values of broadly defined diversity, equity and inclusion in everything we do. That includes bringing fresh insights on the value of inclusive business cultures, providing opportunities for our members and guests to learn from and participate in discussions featuring diverse participants and perspectives, and producing and sharing data that demonstrate the positive impact of diversity, equity and inclusion on business, education and society overall.

Today more than ever, to the Black women in our community, we see you, we hear you and we stand with you. Women should have equal opportunities and equal recognition in their lives and in their careers. We will continue to learn, listen, and amplify the voices and leadership of Black women.

OUR MISSION
Inforum accelerates careers for women and is a catalyst that removes barriers and increases opportunity. See what’s possible. Get there faster.

OUR VISION
A culture that embraces women leading and succeeding

CONNECTIONS. You can participate in more than 25 affinity groups in Southeast and West Michigan. Whether you’re interested in volunteering, health and wellness, geography or even wine and craft beer, you’re sure to find like-minded women in one of the informal groups organized by our members.

EXPOSURE. We bring in top industry speakers for our events.

LEADERSHIP. Join a committee, council or our board of directors to help lead and shape our work. We also offer opportunities to serve as role models for girls and young women.

EDUCATION. We offer professional development programs for women at all stages of their careers from our flagship program, Executive Leadership, to a variety of targeted programs for emerging leaders, entrepreneurs, veterans, and aspiring board members. We also offer a collaborative program with the University of Michigan’s Ross School of Business.

Inforum Board of Directors 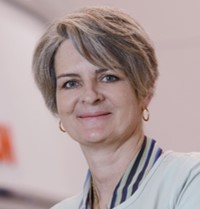 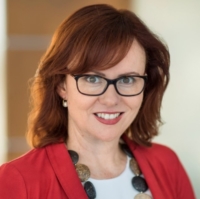 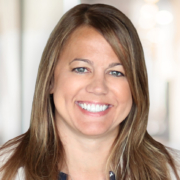 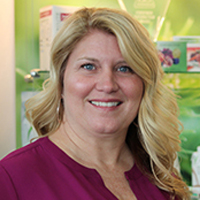 View Full Board of Directors & Staff

The article was about the newly formed Women’s Economic Club – created when Marie Moon, Alice Snider, Thelma Murrell and Dorothy Seifert gathered a group of 23 women together to discuss the formation of a luncheon club. “Their concept of a need for women office workers and professionals to create a vibrant force for the advancement of women was most appealing.”

And it was necessary. Women were entering the workforce in larger numbers – think Peggy Olson and Joan Holloway on “Mad Men” – and their need for current information, mentoring and a place to share ideas and exercise leadership skills became critical because women were not allowed to belong to most of the forums men used to build their careers, including business and professional associations.

Marie Moon, president of the new organization, told the Free Press that the primary aim was “to concentrate on government and civic activities at all levels, local and international.” Its mission became to help women “lead and succeed.”

Allen B. Crow, founder of the Economic Club of Detroit – which was among the organizations women were not allowed to join at the time – offered to “counsel” the new club.

WEC provided these opportunities, and luncheon speakers included a Who’s Who of business, government and the media. The club grew from its small beginnings to an organization that is considered one of the most prestigious, active and influential women’s professional organizations in the U.S.

The first luncheon meeting featured Virginia Allen, first vice president of the National Federation of Business and Professional Women’s Clubs, which gave the WEC its initial charter before it became a 501(c)(6) membership nonprofit in 1965.

The organization continued to grow as a speakers’ and networking forum – and the turn of the century brought changes.

In 2002, the WEC created the Women’s Leadership Forum as its 501(c)(3) education and research arm. The forum, whose board of directors included the chief talent officers of major companies across the state, built our flagship Executive Leadership program, targeted toward high-achieving women leaders. It also set the stage for programming aimed at a broad range of women – emerging leaders, veterans, entrepreneurs, aspiring board members, and the general public. Our Programs.

WEC also expanded geographically by opening an office in Grand Rapids in 2005 to serve West Michigan.

Also in 2005, WEC and the Women’s Leadership Forum were rebranded as Inforum and the Inforum Center for Leadership to better reflect their broad range of activities and the mission of accelerating careers for women and boosting talent initiatives for companies. In June 2016, members voted to transfer Inforum’s assets to the Inforum Center for Leadership. The combined 501(c)(3) charitable and educational nonprofit operates as Inforum.

WEC Founding Members
Past Board Chairs
Scroll to top